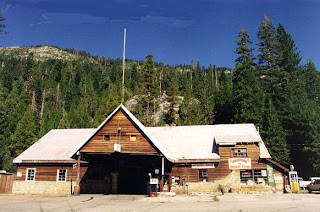 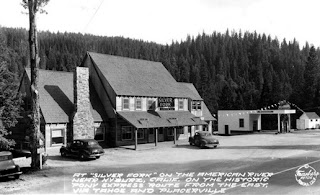 Continuing up Highway 50 we roll into the Strawberry Lodge, still in operation since the 1850’s. Being just 17 miles from , this could be an interesting alternative for accommodations, rates are pretty good, and though they haven’t figured out how to take reservations online, they do have wireless internet. It’s named ‘Strawberry’ for a guy named , who for a time operated the stage stop, and he had a reputation for feeding the livestock straw instead of hay.

On that maiden Pony Express run of April 4, 1860, rider Warren Upson was up to his mailbags with snow, and division superintendant Bolivar Roberts took off with a string of mules to help him through the storm and over Echo Summit. Since it’s the same route, it makes one wonder if Mr. Upson ever crossed paths with Snowshoe Thompson 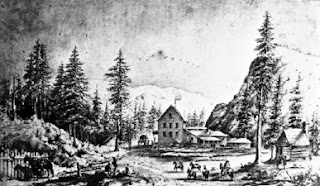 A pencil rendering of Strawberry House by Edward Vischer, about 1861 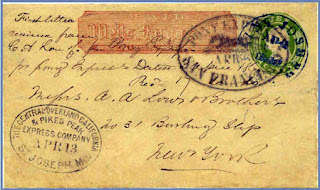 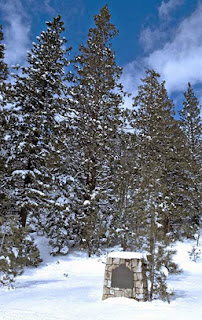 Plaque inscription: NO. IN - This popular resort and stopping place for stages and teams of the Comstock, established by Swift and Watson in 1856, became a remount station of the Central Overland Pony Express. Here on April 4, 1860, Division Superintendent Bolivar Roberts waited with a string of mules to help pony rider Warren Upson through the snowstorm on Echo Summit.
Location: Strawberry, on Hwy 50 (P.M. 578), 8.7 mi E of Kyburz
Google maps: 38.796528,-120.146034
Posted by John Malcolm Penn at 6:39 AM