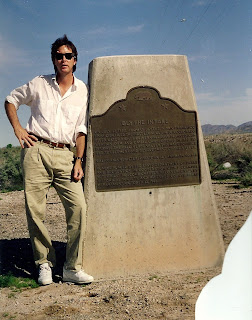 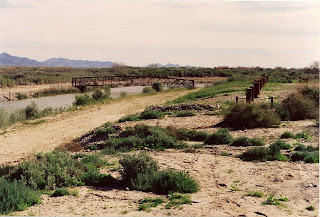 Posted by John Malcolm Penn at 6:50 AM No comments:

11/22/2010
It’s 1992 and I’m on a gig in the northwest’s rainy downtime reading from a compilation of Ernie Pyle’s 1930’s travel dispatches called ‘Ernie’s ’. It’s like Mark Twain meets the highway with a Ford V8…a great obscure read. I come across a story of the earthy and humorous copy written for Montana’s landmarks and it gets me to thinkin’: “You’ve been going up and down the state of California for years passing those ‘landmark ahead’ signs for years and saying to yourself you’re gonna stop next time.” Right then I decide I’m going to see how many state landmarks there are go to all of them, no matter how long it takes. I figure it can’t be that hard, plus I’ll see ’s story first hand, take photos, and maybe get a song or two out of it someday. Who else would take such an eclectic task? (more about that later).
With ‘California Historical Landmarks,’ a book from the state park system and a load of AAA maps, I start plotting trips in the those pre-GPS days and set forth from our La Quinta home base with my two year old daughter and head east on interstate 10 toward the Arizona border in search of five state landmarks. As of today, seventeen years later, I’ve been to 911 of the roughly 1100 state landmarks that exist. This blog will be the stories of back roads and highways and trails of low degree, and the serendipitous collage of side trips that have sometimes led to what I think are some cool songs about ’s past.
Posted by John Malcolm Penn at 6:20 AM 3 comments: