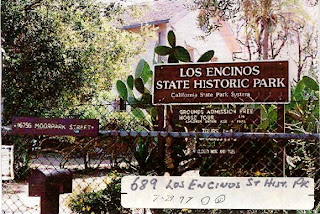 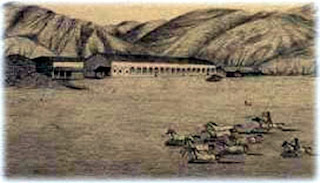 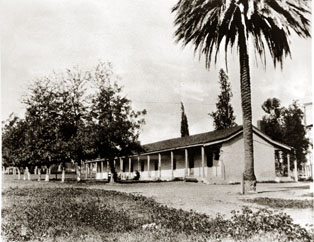 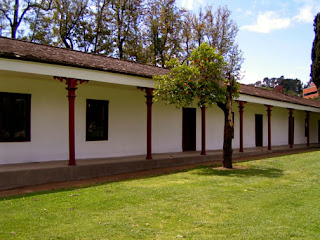 Plaque inscription (local plaque):NO. 689 HISTORIC PARK - The Franciscan padres used Encino as their headquarters while exploring the valley before establishing Mission San Fernando in 1797. In 1849 Vincente de la Osa built an adobe with nine rooms. The next owner of was Eugene Garnier, who built the existing two-story limestone house in 1872. In December 1891 Domingo Amestoy acquired the property.
Location: Historic Park, , Encino
Listed on the National Register of Historic Places: NPS-71000142
GPS: 34.160549,-118.498498
Posted by John Malcolm Penn at 6:41 AM