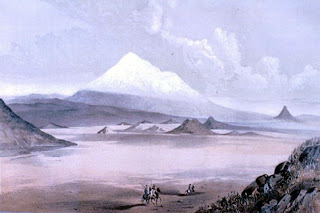 Not even a mile west of Shasta is this site and marker for the Pioneer Baby’s Grave and through a bit of thought while here, it became quite a spiritual experience. This has always been one of the first landmarks that came to mind when thinking about the next one to work up as a song, yet it always somehow ended up on a back shelf of the library of subjects to write about. Till now. When recorded, the lyric will be spoken prose against a riff worked out on a nylon stringed guitar, in a fashion similar to the song about the Spanish missions in . 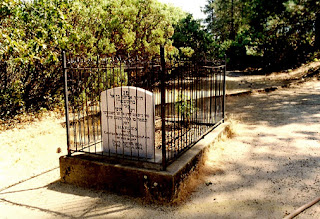 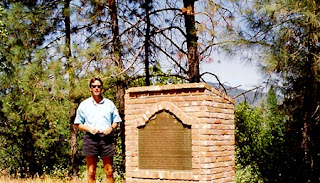 Plaque inscription: NO. 377 PIONEER BABY'S GRAVE - Charles, infant son of George and Helena Cohn Brownstein of Red Bluff, died December 14, 1864. He was buried near land established by the Shasta Hebrew Congregation as a Jewish cemetery in 1857, one of the earliest such cemeteries in the region. Since there was no Jewish burial ground in Red Bluff, Charles' parents made the arduous journey to Shasta to lay their baby to rest. Concern for the fate of the grave led to the rerouting of Highway 299 in 1923.
Location: 0.75 mi W of Shasta on 299
USGS Quadrangle Sheet Name:
Google maps: 40.603739,-122.499082
Posted by John Malcolm Penn at 7:55 AM